Clamoring crowds of women, and some men, lined up for miles just itching to get a glimpse, no, this isn’t a Ryan Gosling meet and greet, but rather the grand opening of luxury retail giant Nordstrom.

It was 8:30am when we arrived at Chinook Mall, a solid hour before the mall opened, but already the parking lot was packed with consumers waiting to be the first to enter the Canadian debut of the American retail giant. And with complimentary gift bags containing samples of beauty products awaiting the customer’s arrival at the door, the flurry of excitement was overwhelming.

We walked in to the mall, which was jammed with people participating in the beauty event taking place before the opening. There, you could get facials, manicures, make-up, hair done, for free, and they didn’t just do half the job. Oh no. These employees would do the full-meal-deal. Which made us question why we took so long getting ready that same morning. 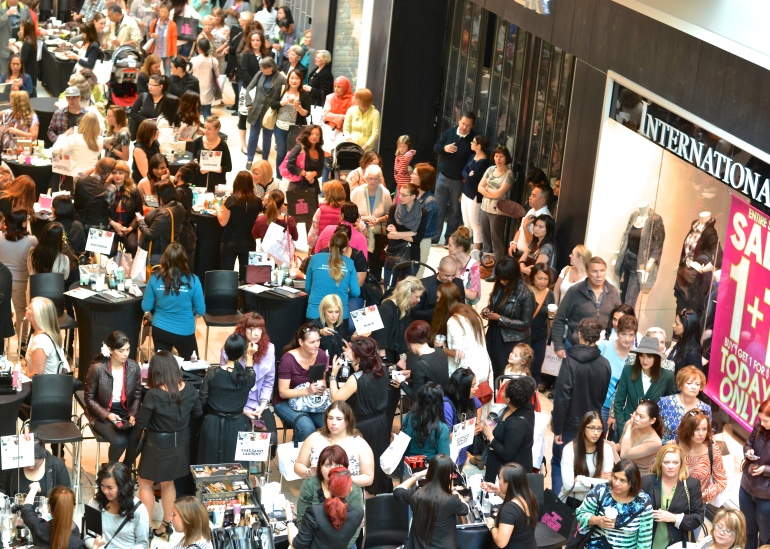 Points for the Nordstrom beauty team!

There was even a D.J spinning some sick beats in the morning to pump everyone up, while two female MC’s announced the highlights of the day and would later countdown. Breakfast was also available, with carafes of coffee lining tables, and hundreds, of thousands, of millions of  different flavours of mini doughnuts. We saw a young boy with two hands full.

We got our picture taken at a photo booth and laughed at how incredibly awkward we are.

Once the doors finally opened for the first time with the help of those new and luscious hinges, the awaiting crowd had at last experienced their fan-girl moment as they stepped onto the floors of Nordstrom for the very first time. And with the store being the first of its kind in the country, we wouldn’t doubt that there will be many more of these moments to come.

View all posts by Karina Yaceyko